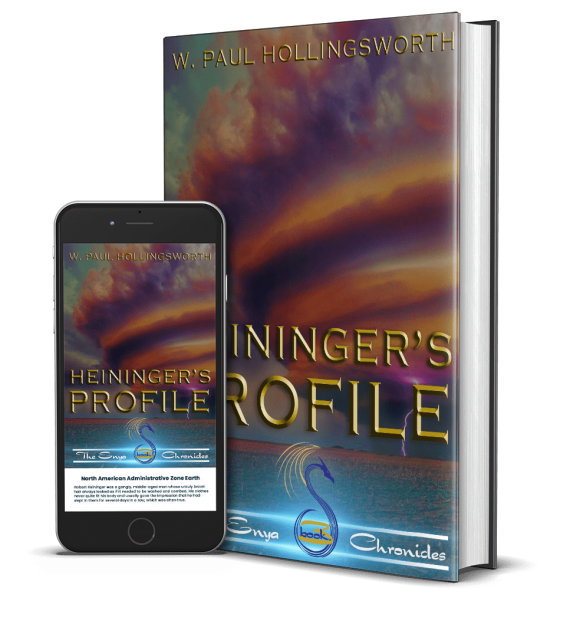 Hobart Heininger was a gangly, middle-aged man whose unruly brown hair always looked as if it needed to be washed and combed. His clothes never quite fit his body and usually gave the impression that he had slept in them for several days in a row, which was often true. His feet were disproportionally large for his body and quite a few of his detractors mentioned “clown feet” when they ridiculed him. His hands were fair game as well: they were small and surprisingly effeminate with fingernails usually bitten to the quick.

There are no reviews yet.

Be the first to review “Heininger’s Profile AZW” Cancel reply

Login to Enya Chronicles LLC
Reset Password
Enter the username or e-mail you used in your profile. A password reset link will be sent to you by email.